Knight of the Royal Saxon Order Albrecht II. Kl.
and honorary citizen of the city of Stolpen

A BRAND WITH HISTORY

FORTSCHRITT can look back on a rich history, stretching over than 150 years of inventing, developing and producing agricultural machines and special purpose vehicles. The foundations of the brand were laid in 1854, when August Klinger began to manufacture crop cleaning equipment in Neustadt, Saxony. Ten years later, the first moveable mower was introduced. 1896 the first straw press in the world was presented to the public.

In the years between the world wars Klinger, now a joint stock company, expanded aggressively, building a major production base in Neustadt and subsequently acquiring competitors and technology suppliers such as Kuettner and Hering AG in Nuremberg.

Situated in Saxony, the company came under the control of the East German government in the soviet occupied part of Germany after WWII. In 1949 the FORTSCHRITT brand was launched qand the company nationalized. The following decades, further enterprises were put under the umbrella of the FORTSCHRITT brand, culminating in the formation of a KOMBINAT, the socialist version of an integrated industrial complex in 1978.

FORTSCHRITT became one of East Germany’s most successful brands, its machinery was widely used throughout the eastern bloc - from the tobacco and sugar cane fields of Cuba to the Russian wheat growing plains in Europe and to the rice fields of China in the far east.

The first factory in Rennersdorf (Germany), 1854

First internal Hygiene Exhibition in Dresden in 1911, which was awarded with the

Visit of "His Majesty" Friedrich August, the King of Saxony, on 25 October 1911th 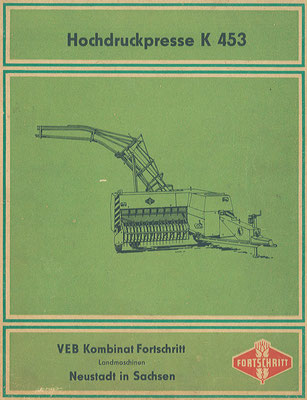 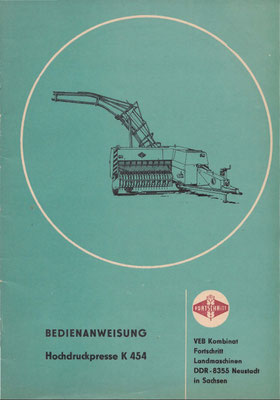 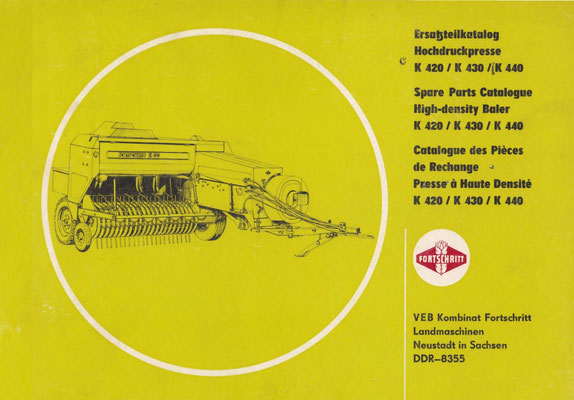